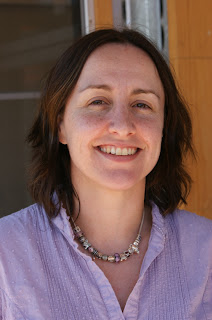 The Loddon Plains Landcare Network has appointed a new Project Officer to work with member groups to develop a biodiversity blueprint for the Network’s area.The Loddon Plains Landcare Network comprises thirteen Landcare and other Environmental Groups (including the Wedderburn CMN) across the northern part of the Loddon Shire. The area stretches from Bridgewater and Wedderburn in the south, to Pyramid Hill in the north.

Formed in late 2009 the Network has secured funding from the Norman Wettenhall Foundation – a Philanthropic Trust – to employ a Project Officer to help develop a biodiversity blueprint for the Network’s area.

Mal Brown, Network President, said he was pleased to advise that Leah Cripps, from Bendigo, has been employed to lead this important project.

According to Mal, Leah will work with member groups within the Network to identify the important areas of native plants and habitat for native animals, map the work that member groups have already achieved, and document the member group’s aspirations for future works.

Mal says. “the preparation of the blueprint will be overseen by a Committee of Management and all member groups will have input to the plan.”

“One of the strengths of Network is that collaborative voice. We need a strategic plan to take to government, the corporate sector and philanthropic trusts, so that we can secure the kind of funding needed for groups to do the works they want to do, and to achieve the landscape change all groups envision for our part of the world.”

“The biodiversity blueprint will be a foundation working document. Though considerable natural resource information is available from various sources, the information as yet is dispersed and uncoordinated. Part of the purpose of the blueprint is to organise and present this information in an accessible and practical form, based on a map format workable in GIS.”

“Leah has extensive experience in working with farmer groups as well as great mapping skills. Her main role is to work with member groups and to help develop the strategic plan for the Network’s area”, says Mal.

Article and Photograph by Mal Brown