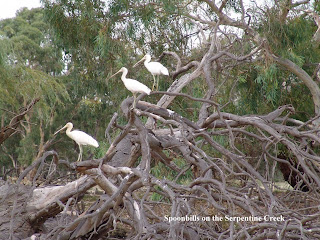 The Loddon Plains Landcare Network is up and running and looking forward to a great year in 2010! The Network has secured a $10,000 Second Generation Landcare Grant for use in what could be considered a practical and also symbolic network wide activity in Spring. The activity will involve up to 40 volunteers working with network members planting 2000 trees in four selected sites across the network.

The executive is also currently developing a partnership proposal to submit to the Norman Wettenhall Foundation (NWF) for funding that involves firstly the accumulation of information about the network’s area such as; demographics, the acquisition of reliable and informative mapping, environmental assets and the activities of member groups etc. If funding is obtained then in the next step a Project Officer would be appointed and an action blueprint assembled. From this blueprint the judicial selection of high priority asset areas is made, these high priority asset areas are termed “ecoships”. Further funding is then sought, with the aid of the NWF, for the adaptive management and development of these selected areas. The cyclic process then begins again anew until objectives set in the blueprint are achieved.