The Loddon Plains Landcare Network (LPLN) supports a critical mass of like-minded people who are interested in their natural environment and activities to enhance natural values. The network is comprised of 17 groups.

The network is situated around the Loddon Plains and brings together more than 300 land managers responsible for approximately 300,000 ha of private land. A number of groups also work closely with Parks Victoria and DEPI to play a role in public land management in various locations in the network.

The LPLN is an incorporated body that formed in October 2009. In July 2009 a meeting was held to explore the idea of forming a new Landcare network in the Loddon Shire area. A working group formed soon after to progress the concept of a network to support local groups that were working in isolation and to develop a set of guiding principles that a new Landcare network would adhere to. 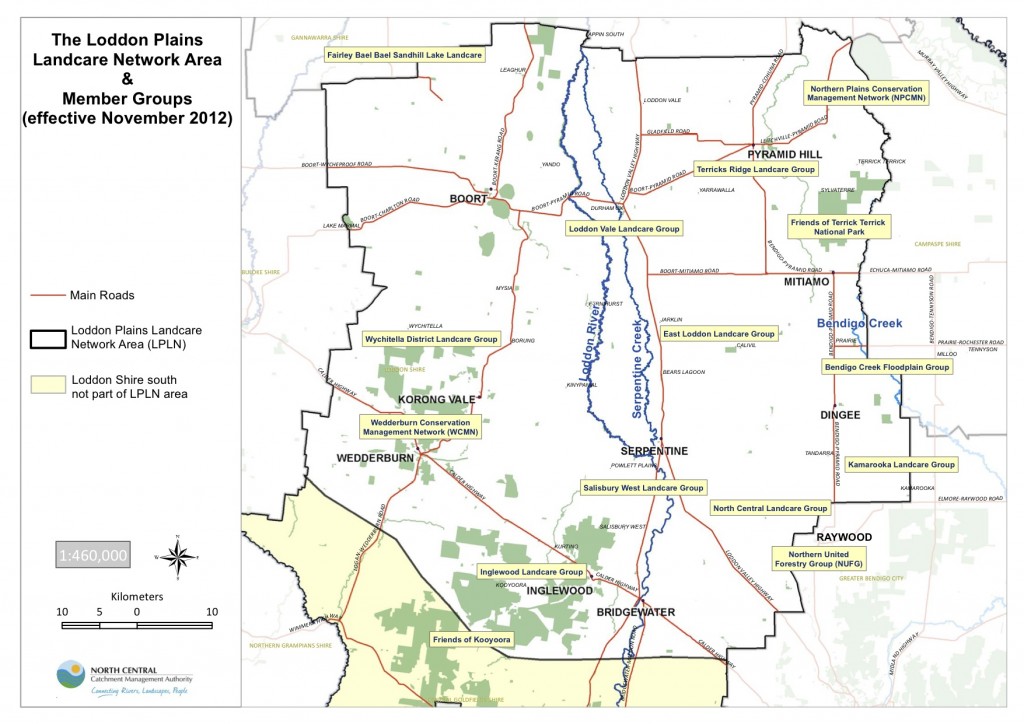 The LPLN has a two-colour logo. The logo is in the shape of a goanna (representing fauna) and its components include: people, agriculture (e.g wheat), water droplets (irrigation), leaves (conservation), circles (different communities and groups), solid lines (representing corridors and biolinks of revegetation across the plains). The overall shape illustrates the potential for socially acceptable landscape change (not just straight lines) throughout the Loddon Plains network area.